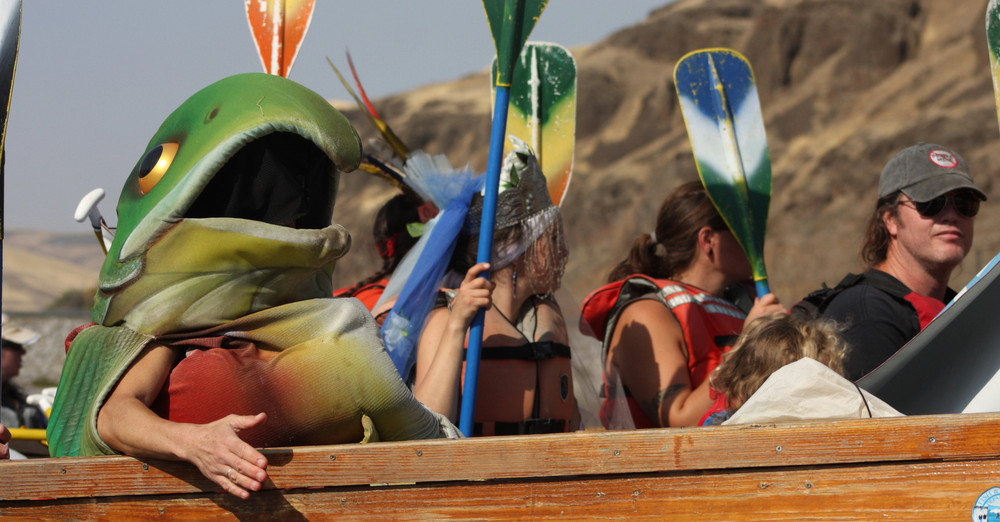 client: Idaho Rivers United | copy mission: To tell the true action-adventure story of Lonesome Larry for his 20th anniversary by sending out an intern in a human-sized sockeye salmon suit to the far reaches of Idaho. Bringing surprise and delight to the most unexpected places, Lonesome Larry handed out branded coasters that tell his story with a link to a compelling website. All documented on social media. The entire campaign is my concept on zero budget—and was a wild success. This is a spoof on the brilliant Dos Equis’ “The Most Interesting Man in the World” campaign.

“His fish story reads like an action-packed thriller, except it’s true…”

“In a race for the very survival of his species, one lone fish prevailed…”